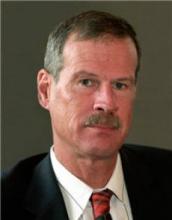 Ph.D. from the University of Chicago in 1974

Walter A. McDougall is Professor of History and the Alloy-Ansin Professor of International Relations. A graduate of Amherst College and a Vietnam veteran, he received his Ph.D. from the University of Chicago in 1974 and taught at U.C. Berkeley for 13 years before coming to Penn to direct its International Relations Program, which now has 350 majors.

McDougall teaches U.S., European, and Asia/Pacific diplomatic history and is the author of many books, most recently Freedom Just Around the Corner: A New American History, 1585-1828 (2004). His other recent books include Promised Land, Crusader State: The American Encounter With the World Since 1776 (1997) and Let the Sea Make a Noise: A History of the North Pacific from Magellan to MacArthur (1993).

In 1986 Professor McDougall won the Pulitzer Prize for The Heavens and the Earth: A Political History of the Space Age. He is also a senior fellow at the Foreign Policy Research Institute in Philadelphia and editor of Orbis, its journal of world affairs.