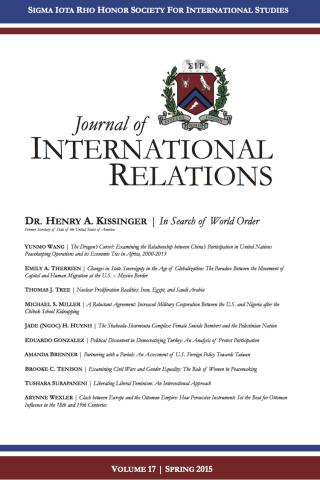 The Sigma Iota Rho (SIR) Journal of International Relations is looking for submissions from undergraduate students for its print and online journal. The 18th Volume of the SIR Journal of International Relations is set for publication in spring 2016, and submissions will be open until January 1, 2016. The online edition, SIRJournal.org, will maintain an interactive discussion of current affairs in international relations, with regular posts, updates, announcements and comment features throughout the academic year; submissions are rolling.