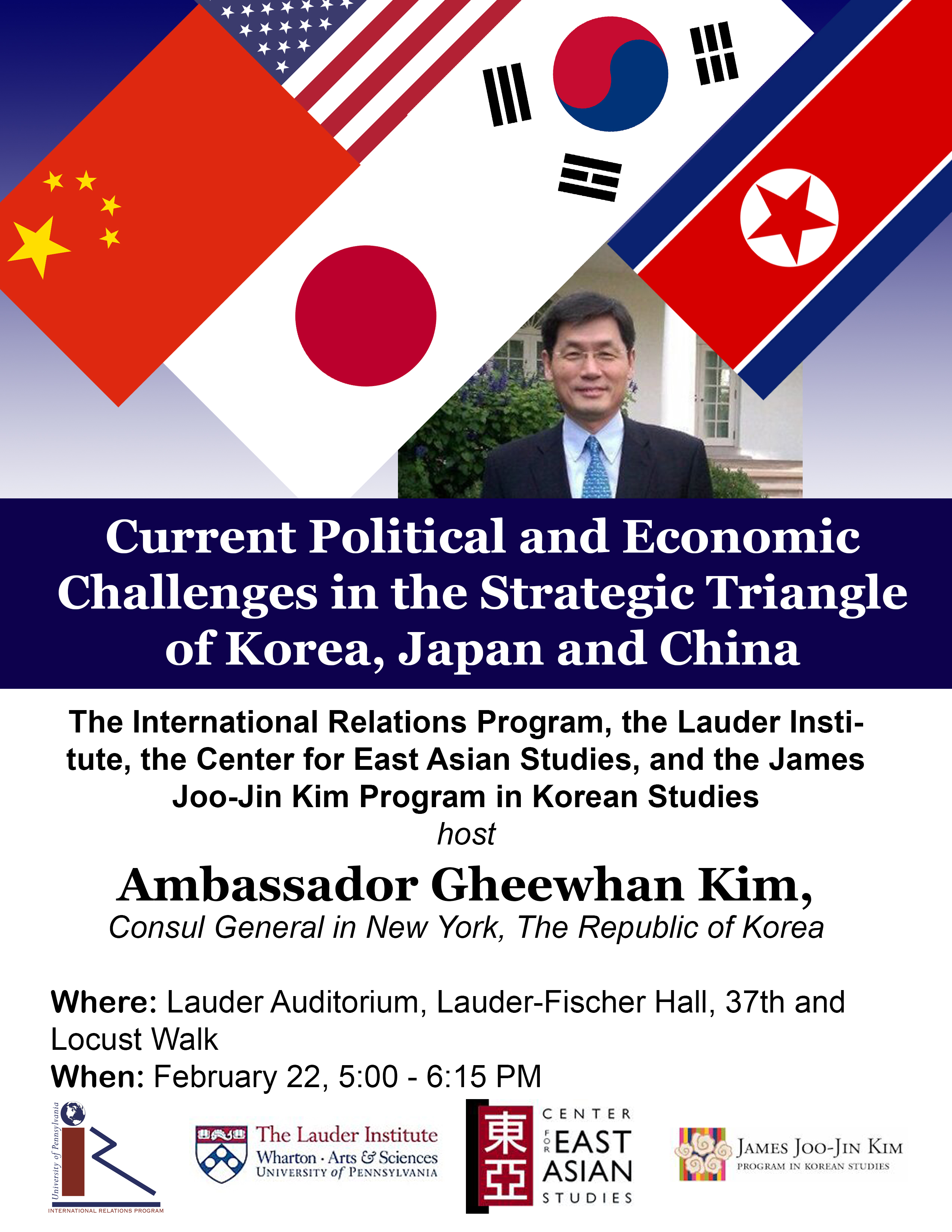 Current Political and Economic Challenges in the Strategic Triangle of Korea, Japan and China

North Korea conducted its 4th nuclear test in January and 6th missile test a month later. In response, more than 100 countries have condemned North Korea for threatening international peace and security, while a new wave of sanctions have been imposed or expanded against the regime. The region’s stakeholders must find a long-term solution to the growing threat stemming from this pariah state. Amidst the strategic and economic tectonic shifts taking place in Asia-Pacific, the topic of Current Political and Economic Challenges in the Strategic Triangle of Korea, Japan, and China becomes more salient. Specifically, China’s military and economic rise has been met with apprehension, amplifying regional rivalries. Resurgent Japan has been met with caution, especially in a region fraught with unresolved history issues. Will America’s rebalance to Asia have positive strategic and economic impact or further complicate the already complex neighborhood? What is the significance of Trans-Pacific Partnership? Unification. Engagement. Partnership. These are the keywords that will reshape and deliver the region and beyond towards a better future.