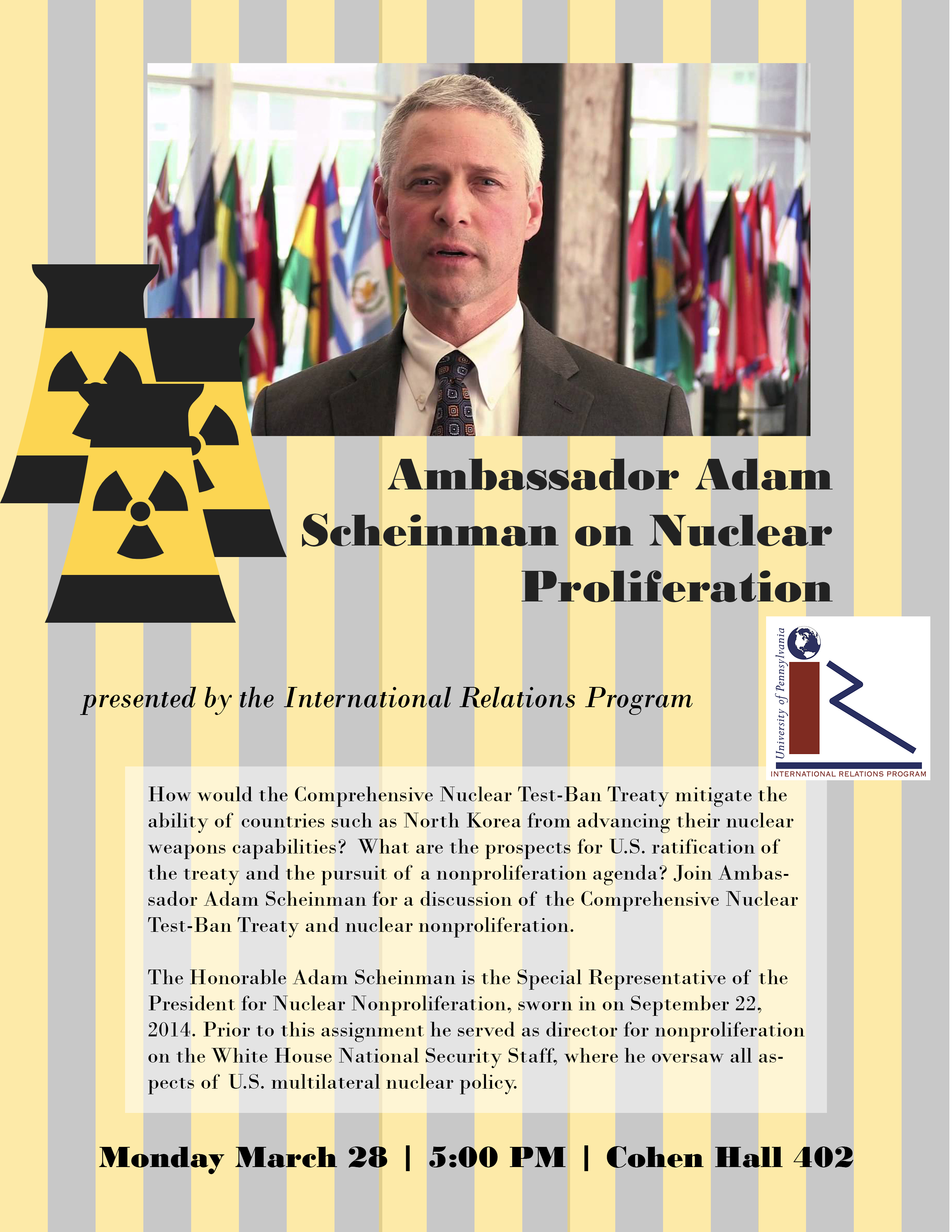 The International Relations Program invites you to a discussion about international security within the context of nuclear proliferation with President Obama’s Special Representative for Nuclear Non-Proliferation, Ambassador Adam Scheinman.

More about the Event:

North Korea’s claim that it conducted a hydrogen bomb test on January 6, 2016 reminded the world of the threat that nuclear weapons pose to international security. Additionally, the specter of weapons of mass destruction proliferation in the Middle East, along with the pursuit of ballistic missile technology, pose an increasingly challenging policy conundrum. Yet, the United States has still not ratified the Comprehensive Nuclear Test-Ban Treaty, a legally binding global ban on nuclear explosive testing. This is despite the United States’ own unilateral moratorium on such testing. How would the Comprehensive Nuclear Test-Ban Treaty mitigate the ability of countries such as North Korea from advancing their nuclear weapons capabilities?  What are the prospects for U.S. ratification of the treaty and the pursuit of a nonproliferation agenda? Join Ambassador Adam Scheinman for a discussion of the Comprehensive Nuclear Test-Ban Treaty and nuclear nonproliferation.

More about the Ambassador: